What a Blessed Family Prayer Day! 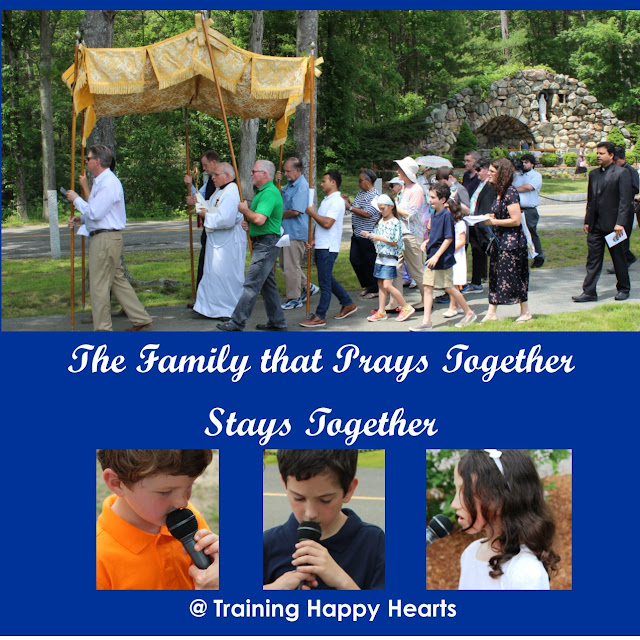 "You have perfect children," a woman turned around to my husband and me and said with a smile.  Immediately, the two of us burst into quiet laughter.  For although our children had been rather wonderful for most of the day, in the hour before the woman spoke of their perfection, our boys had been bickering outside and our daughter has passed through a brief whiny moment.

Yep, like all children -- okay, like all people (my husband and I included!) -- our children get quarrelsome, moody, and over-reactive.  Imperfection, at times, is glaringly obvious.

Yet, there they were, at the moment the woman commented, sitting perfectly enough that the woman felt prompted to turn and compliment their behavior.

What had prompted the children to sit so sweetly, spellbound?  I dare say, the Spirit and the beauty of beautifully composed and played music concluding a faith-focused day. 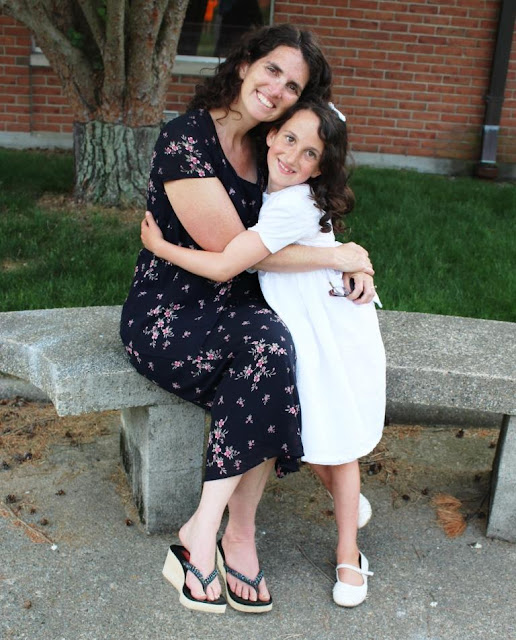 For the second year in a row, we attended an event at Holy Cross Family Ministries in honor of Servant of God, Father Peyton. 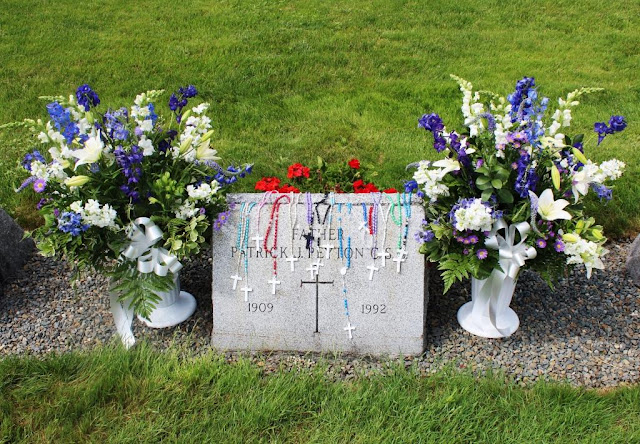 The day opened with a Children's Program in a small chapel, that I was asked to lead.  After much prayer and thought, I decided to focus the workshop on introducing the children to familiar objects in our friend, Jesus' home. 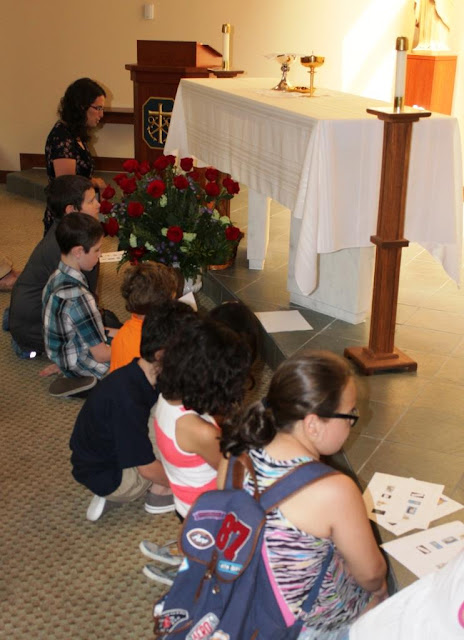 Basically, I led the children in brief prayers and drew their attention to different liturgical objects, naming the objects and chatting about their significance and symbolism. 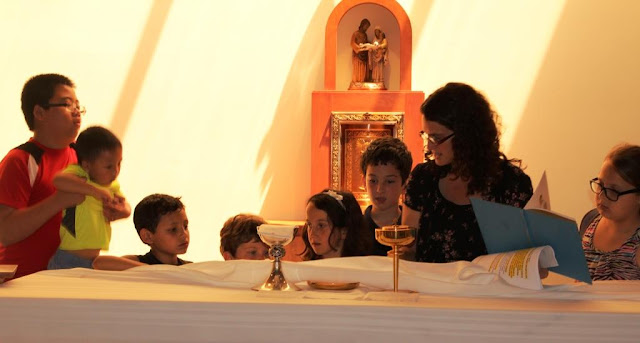 We had special permission to allow the children to walk up on the sanctuary, touch some of the liturgical objects, and see where the relic on the altar was.

With the Spirit leading, the program went smoothly, was well-received, but had to be cut a little short so we could all get over to Our Lady's Grotto for Benediction of the Most Blessed Sacrament. 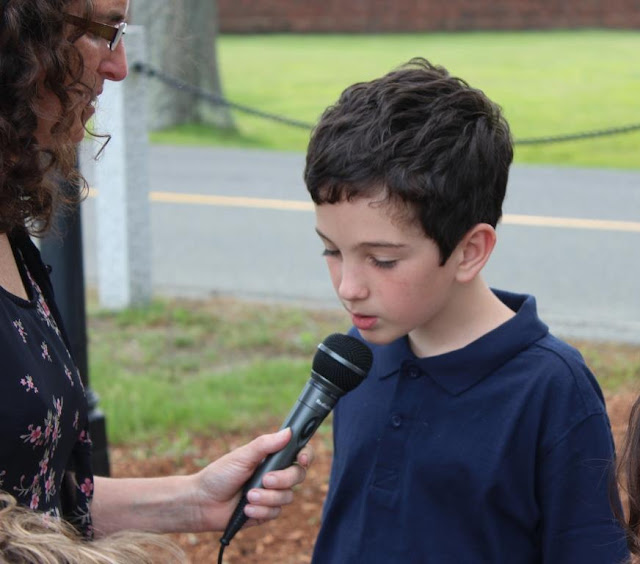 After Benediction at the Grotto, we walked in Procession with the Blessed Sacrament to the Holy Cross Cemetery, pausing along the way to pray decades of the Rosary together, which children and families led. 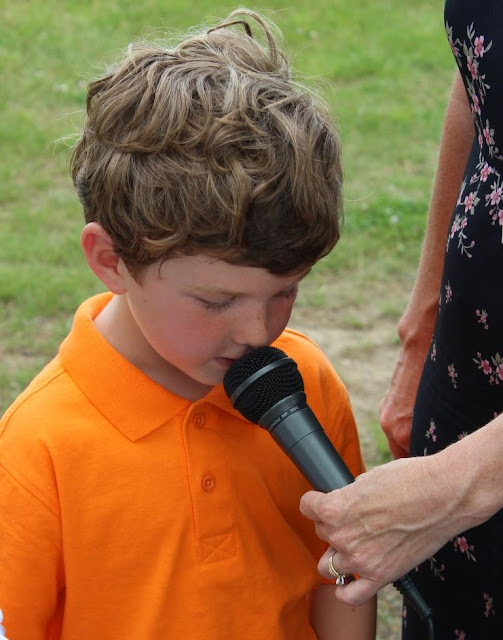 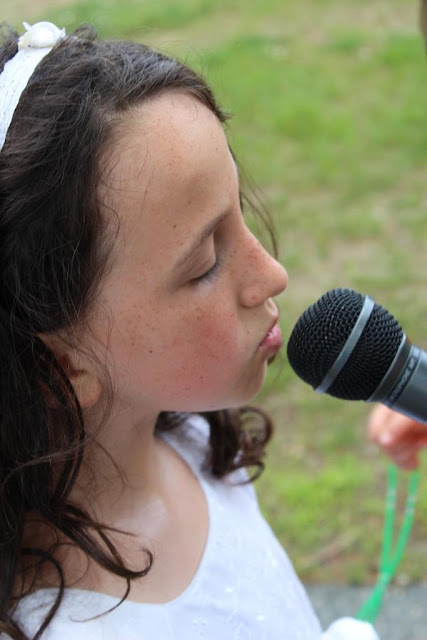 Once we arrived at Father Peyton's grave, we participated in a short prayer service. 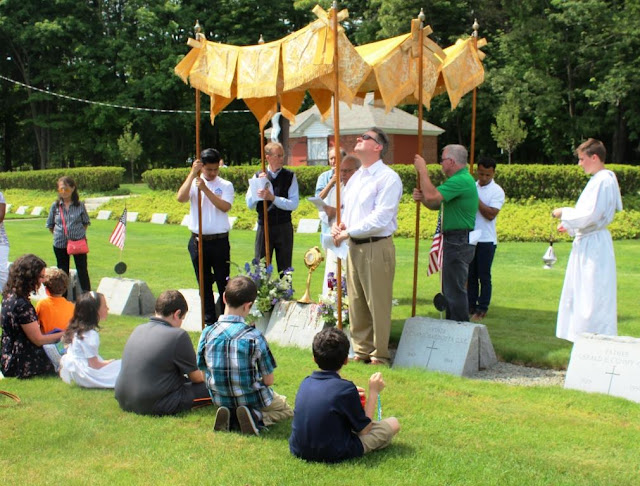 Then, the Procession with the Blessed Sacrament continued to the Holy Cross Center, where we all cooled off a bit, and took a break. 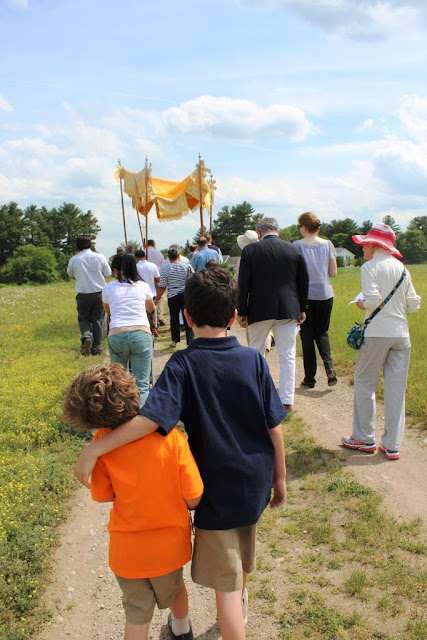 There, Father Leo chatted with the children and us a bit and showed us the seal of the Congregation of the Holy Cross. 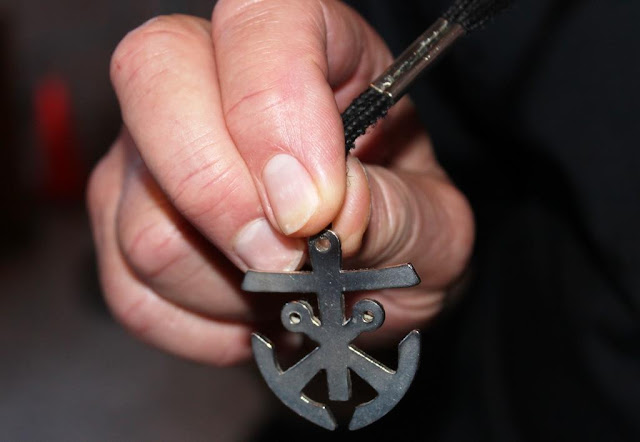 He also showed Mike around the sanctuary, since Mike had volunteered to read the second reading at Mass. 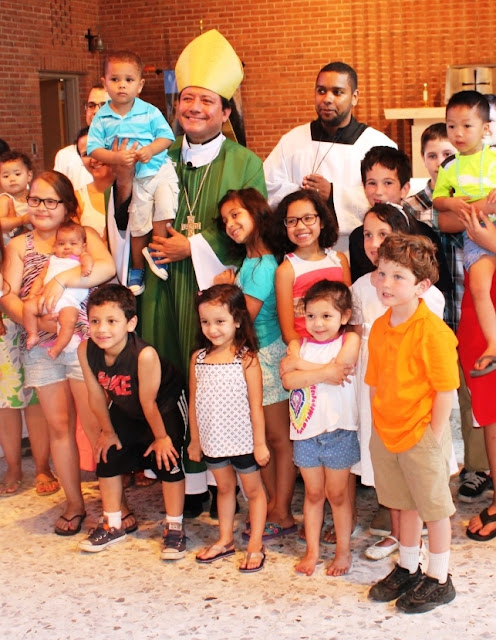 We had a short break and then Mass presided over by the Most Reverend Jorge Izaguirre, C.S.C., Bishop of Chuquibamba, Peru.  It was a beautiful service.

Following Mass, we enjoyed a reception and buffet meal. 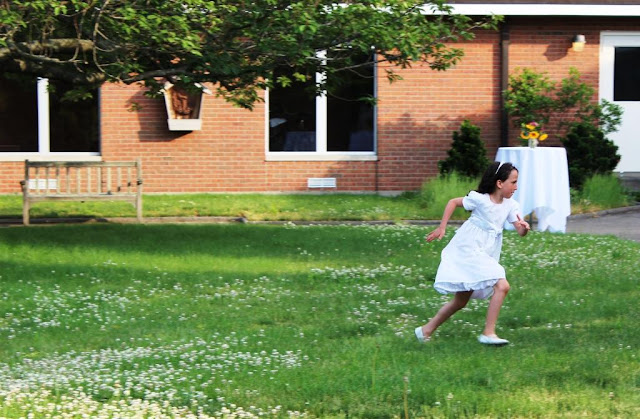 Then, we took a play break in a courtyard before going on to be wowed by an Eric Genuis concert. 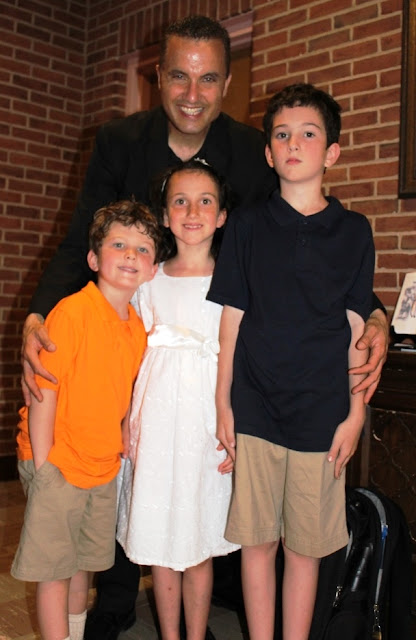 Eric Genuis' music was moving, and his stories were balanced between humorous and heart-tugging.  My children remained thoroughly engaged (this the "perfect" comment!), and my husband and I were impressed, too.  Eric Genuis truly is a truly is a gifted musician who lets the Spirit speak through him both in his public concerts (which we experienced) and in his prison ministry (which he told us about between pieces at the concert).

Eric Genuis' colleagues were equally amazing to listen to.  Together with Eric, they made the concert as enjoyable to hear as to watch.  You could see the passion in each musician as they played.  So inspiring and uplifting!

I did not catch the name of the violinist and celloist, but wish I had so I could share them forward.  They were both talented, and my daughter was particularly impressed by the violinist. 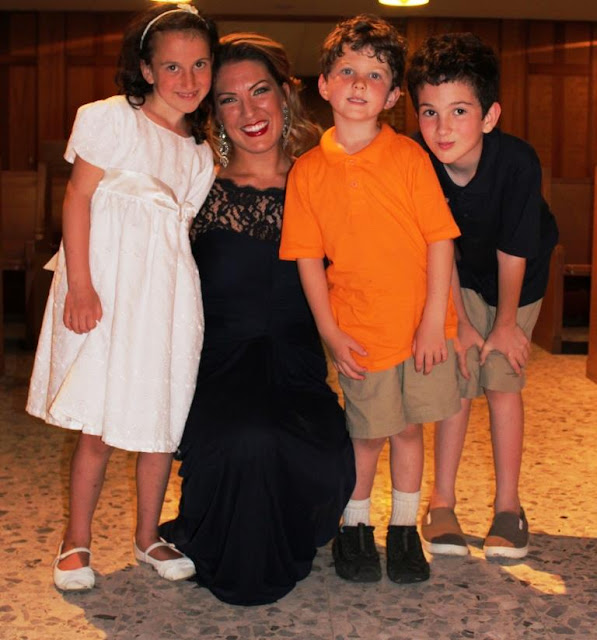 My daughter also enjoyed listening to and meeting Chelsea Coyne, the soprano soloist that wowed us all with her powerful, emotion-filled voice.

What a delight it was to experience Eric Genuis and his fellow musicians in concert.  We had never heard of him before the event, but will not soon forget him. 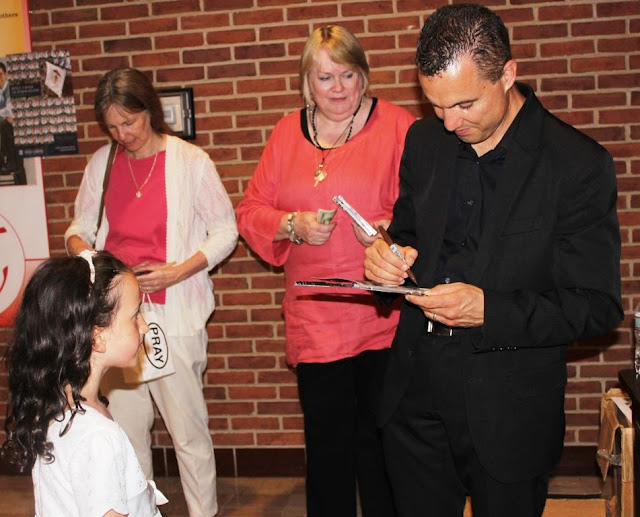 We have an autographed CD to enjoy whenever we wish now.

We also have memories of a fabulous, faith-focused family day.  Making time for days like the Family Prayer: Merciful Love event brings such fruit.


As Father Peyton always said, "The family that prays together, stays together."  May you and yours make a choice to pray together often.