Learn Math and Typing through Online Games {An EdAlive Review}

I consider a program a win when all three of my children use it independently and happily. 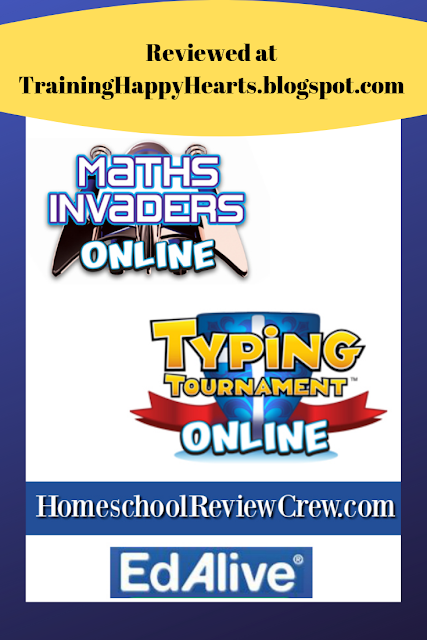 That is exactly what happened as we reviewed Maths Invaders Online and Typing Tournament Online from EdAlive.

What is Maths Invaders Online? If I had to tell you in one sentence what Maths Invaders is, I would say it is an online "easy button" for math drill without the kill which engages screen-loving students and those who do not always like online learning.

For that is what we have found to be true in our home.

Both my 8- and 13-year-old boys love online learning and games and both happily logged in to play Maths Invaders regularly since we received a one-year subscription for review.  Then, some days, both needed to be told to log off and move on with other pursuits - which I take as a testimony to how engaging Maths Invaders is.

Further, my 11-year-old daughter who does not always like online programs, also enjoyed Maths Invaders.  For her - a child that struggles with dyslexia and related learning struggles - repetition of skills is essential.  So, I was delighted to know Maths Invaders was offering such repetition while also keeping her smiling.

I know, though, you probably want to know a bit more about the program, so let me give you an overview. 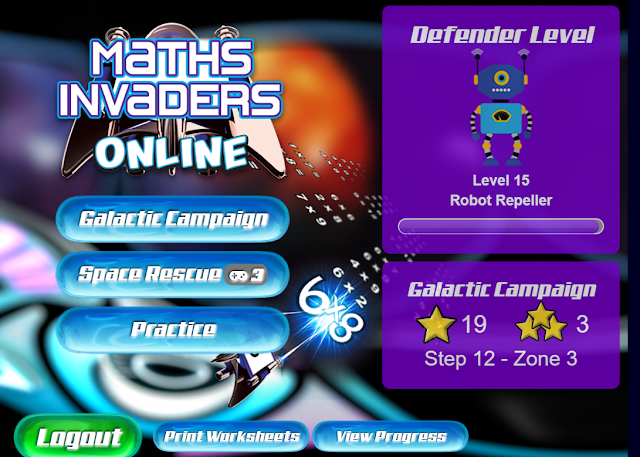 
What is Typing Tournament Online?

Typing Tournament Online is another program from EdAlive that teaches through typical typing practice layered into an online gaming perspective.

Basically, it uses a Medieval theme to to draw children ages six and up in to learning to type and to keep the engaged in learning skills. 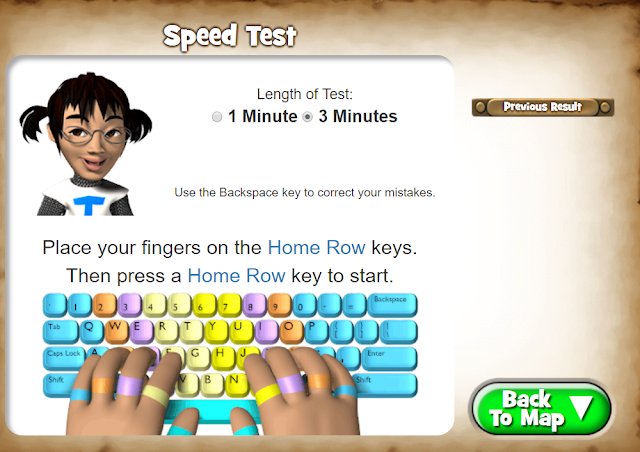 Developing typists are encouraged to defend a castle from invading words, extinguish fires set by dragons, etc.  Through the games, drills, and lessons involved with doing so, children move from being budding typists to masterful ones.  That is, if they choose this program more often than Maths Invaders, which, admittedly, my children did not.

They have done other typing programs, and I thought that Typing Tournament would be a good refresher for them - especially because they all typically like Medieval themes - but, to be honest, Maths Invaders was far more engaging for my crew and, since there is only so much screentime allowed in a day, they spent much more time on math than typing.

Still, they did give Typing Tournament some time, and, when I watched what they were doing, I could see how the program would be excellent for young novice typers!


I didn't like Typing Tournament as much, because it was less fun and I think they should have more fun games in it.

Math Invaders has two things.One if the Galactic Campaign which has you shoot at problems you are solving. In the other, you try to find ships and rescue them by clicking on squares. You have to do problems to make your charger go up so you can click. Also, there is a big board and a large board so you can choose which one you want.  The big boards are more fun, but take longer.

I would recommend this to people who like online games and need to learn math or typing (but not as much typing - more math!). You can practice addition, subtraction, and harder things as you go on.

I enjoyed EdAlive, because it makes learning fun, not boring and hard.E

EdAlive is split up into two different parts: one is Typing Tournament the other is Maths Invaders.

My favorite of the two is Maths Invaders. It is all games,  while, on the other hand, Typing Tournament has tests and, yes, they called them tests.

EdAlive is an online learning program. It teaches both math and typing in an enjoyable way.

Typing Tournament and Math Invaders are both fun.

I have used Math Invaders many times and it is just hard enough to be challenging, without being too difficult.

Life has been loony here for months now, and every time I think things are getting to a point of balance and normalcy again, some surprise or another comes along to taunt me with a "no normalcy yet" (or, perhaps, a "THIS is your new normal.") Thus, I am VERY GRATEFUL for the ease-of-use and excellent engagement of Math Invaders!  Not once since beginning to review the program did I have to chide my children into math drills (although I sometimes did find myself chiding them to get offline to attend to independent lessons they do not like as much.)

Further, when I had a moment now and again, I could log on to my parent portal to see how my children were progressing through lessons. Doing so, I was able to take note of my children's strengths and areas of math weakness, which helped me know what to focus on during current and future 1:1's with my children. (It also helped with conversations about focus, because, some of my children KNOW the math, but don't do well in the games due to focus and ignoring signs.)

Thus, I would recommend Maths Invaders Online without hesitation to you if who seek an engaging way to immerse children in mental math and math drills. It is a retro-style video game that can be played online, helping kids exercise and retain math skills. It is truly a program kids can use over and over through many levels of math learning.

As for Typing Tournament, I can see its worth and potential for engagement for new typists, so would recommend you take a look at it if you have a child that is interested in learning typing skills.

Of course, once you have mastered typing, you may not have much use for the program.


Some Homeschool Crew Review members LOVED Typing Tournament Online and many enjoyed Maths Invaders Online.  To see how each used the program, read all the reviews.