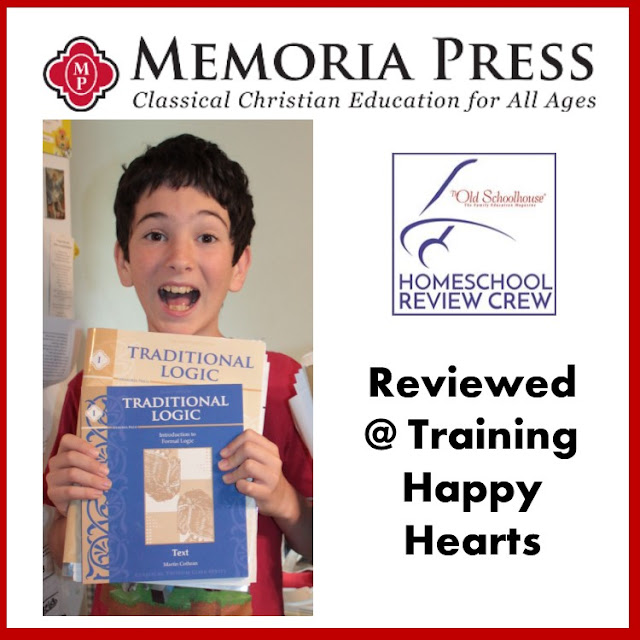 For years now, I have read nothing but good things about Logic by Memoria Press, so I was delighted to be offered a chance to review the Traditional Logic I Complete Set this spring with my 12 year old.

What is Traditional Logic? 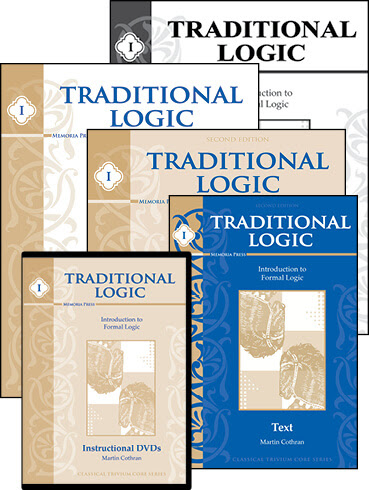 The Traditional Logic I Complete Set is comprised of a text, workbook, teacher key, quizzes and test book, and 2 DVD video course. The DVD's basically say the same thing as the book, we have found, and do so in a rather dry way with a somewhat dated quality.  However, they videos can still be useful for driving points home.

The text, workbook, and quizzes, we find, are very traditional and "schooly" in presentation, but also quite solid!  In them, students learn about:

And, don't worry about all those words like "proposition" and "syllogism".  The material presents and defines each clearly!

Thus, the program is comprehensive, and, if it is used by an at-level student as intended, it is also easy-to-use for clear independent learning.


How We Used Traditional Logic and What We Thought 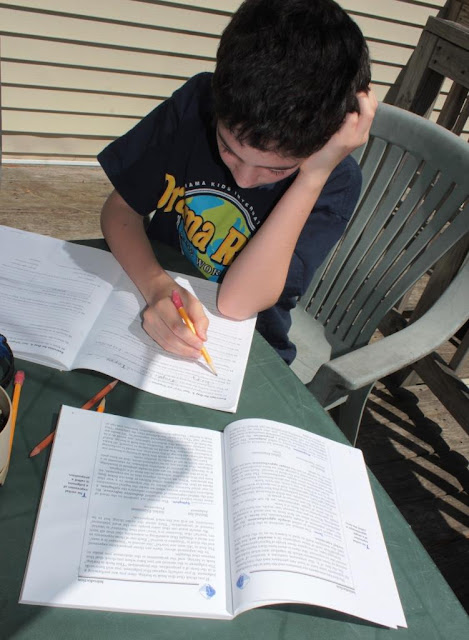 Since my son is not yet at the seventh grade level and Traditional Logic I is geared for students in grades 7-12, I knew the material might be a little beyond his solo capabilities.  So, I talked to my boy about whether he wanted to tackle the course and how best we might approach it.

Because my oldest son loves to argue and is interested in strengthening his ability to debate with and persuade others, he did want to try Traditional Logic I.  (He joked that when he'd finished the course, he would be able to make sound arguments a to why I should allow him endless screen time. LOL!)

Further, since our family is planning to join a local forensics club in the fall, both my son and I agreed that building a foundation in formal logic might help us succeed, bolstering my ability as one of the club coaches and my son's skills as a debate and speech team member.  (We just love when review opportunities and fall plans dovetail so nicely!)

Thus, the decision to use the course made, my son and I had one more choice to consider: Would my son use Traditional Logic I as designed - independently - or would we try a different approach?

After watching the following video sample lesson and viewing samples of the 99-page text, 92 page workbook, 114 Teacher Key, and 33 page Quizzes and Tests booklet on the Memoria Press website, we opted for the latter.

We knew my oldest son would have a better chance of focusing and engaging with the excellent content of Traditional Logic if we made time to work on the curriculum together, inviting a friend who has an older version of the program to join us. (For having friends join in on learning always makes things more fun, right?)

Thus, we asked a friend whose family uses the Classical Education model to join us as a study buddy, and, since he is interested in logic and has an older version of Traditional Logic (which presents the same thing a the new edition text and workbook do, but all in one worktext), our friend said, "Yes!" 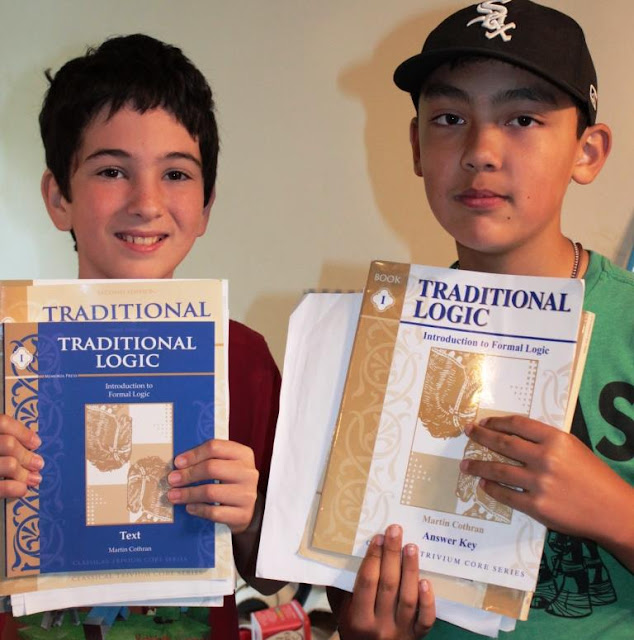 So began our Traditional Logic studies.

Basically, each week, our friend comes by our home and, the boys and I (re)read and discuss the lesson materials together.  Then, sometimes, I have the boys complete workbook pages together or take provided quizzes, while, at other times, I use the questions in the workbook to do game-show style quizzes with the boys.  Doing so, helps keep the tedium of typical text-and-workbook learning away for my son, while keeping the well lauded material accessible.

So far, we have completed between 1/4 and 1/5 of the course using this approach and are all learning as we go - even me!

While we increase our understanding of logic, we share a few laughs, and - okay - some screwed up brow looks, too.  For, as clearly and concisely as formal logic is explained in Traditional Logic, the learning curve of logic-specific vocabulary and concepts is still significant.


The book is a little confusing.  There are words like simple apprehension, syllogism, and material, living, sentient, rational substance on the Porphyrian Tree, which just means man.  The words are explained, but it hard to remember all the stuff.

I want to keep using this though.  It's hard, but I am learning stuff that might help me when I argue with people and when I join CIA (a public speaking and debate team).

I've been using Logic with my friend and my mom.  It's been going pretty well.  We usually read and talk and, then, do Quiz Time on paper or orally, which makes it fun.

To be honest, Logic is not the most exciting thing I have ever studied and I would not want to do it on my own, but I want to keep studying it with my friend.  I could not otherwise, because I would not focus well.

Oh, and there is one unsound argument in the book.  An example says, "All books are boring." That is not true at all. (wink) "

We're all pleased with Traditional Logic and recommend it to others as a well-written program.

You can find all the reviews by clicking through. 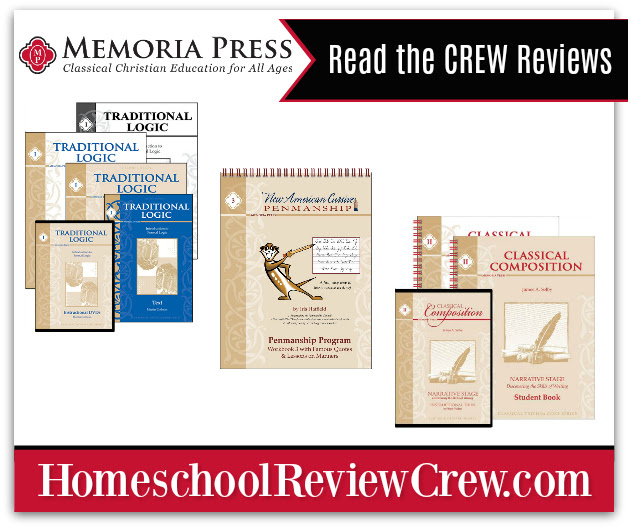 
You can connect on Social Media, too at: